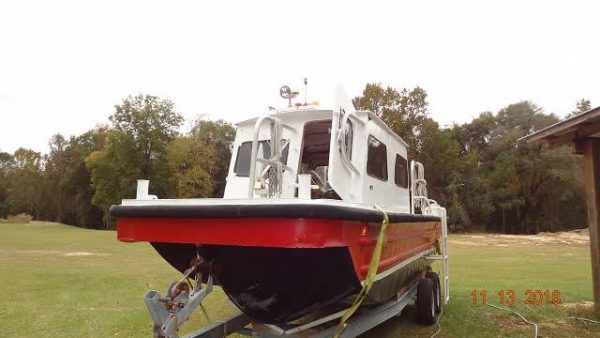 Manufacturer:  Monark,  Year of manufacture: 1981,    Welded Aluminum,  Keel: Cathedral design,  LOA: 27 Feet,  LWL:  25 feet 6 inches,  Beam: 7 feet 10 inches, Draft: 1 foot with engine up, 2 feet with engine deployed.  Trailer  Width:               9 feet 0 inches,  Engine: 145 HP Mercruiser  Diesel. Inboard/outboard-installed new in 2005.   Engine hours: 1600,  Fuel Capacity:  150 US Gallons in 2 x 75 gallon tanks positioned under deck either side of the  engine and storage compartments.   General Layout:   The foredeck is 5 feet 3 inches deep with a railing at the port and starboard bow  areas, and three entrance ways, one directly forward and the other two               immediately forward of the cabin on either side.   The cabin extends 9 feet 6 inches back from the foredeck and has entrance ways  in the forward and aft bulkheads. There is a 1 foot 2 inch walkway either side of  the cabin, to the aft deck with hand rails on the cabin roof.   The aft deck extends 10 feet 3 inches aft of the cabin, of which 2 feet 8 inches  extend aft of the hull. The deck is surrounded by a railing with access opening     immediately aft of the cabin on either side.  On the aft deck are two under deck compartments, the forward of which is a   storage locker and the aft being the engine access. There is a tow post aft of the engine access hatch.                                        There are four bits, one at each corner of the deck. Tow on the fore deck and  two on the aft deck. There are also lifting points adjacent to each of these bits.  A  five inch diameter rubber rub rail surrounds the entire boat.   Cabin:  The deck of the cabin, entered from forward, is down two steps and has a pilot  station forward on the starboard side fitted with a Captains seat.  Aft of this,  on the starboard side is a Captains chair facing aft, onto an aluminum work  table. The pilot’s station is equipped with engine controls, light panels and  navigation equipment.  On the port side of the cabin is a bench seat running the length of the cabin. All  the seats have enclosed storage underneath. The battery compartment is  located under the bench seat towards the aft end. The area under the work  table is open. There are two steps leading up to the after deck.   Equipment:   fully equipped for safe navigation, with all the required navigational  lighting. She is also equipped with a Red, White and Orange strobe light, used  when operating under restricted conditions such as towing.   Electronics:  There is a GPS/Chart plotter manufactured by Garmin, model number 545, with depth sounding capacity. The GPS antenna is on the cabin roof on the starboard aft side and the transducer is on the aft end of the hull at the keel on the starboard side.   The VHF radio is a Standard Horizon 3000S, fully DSC capable. Both the VHF and  the Garmin 545 GPS/Chart plotter were new in 2009.   Speed:  This boat has a top speed of 21 knots at 4000 RPM with one person on board in  ideal conditions. However, she operates best when running at 3500 RPM, and can cruise at a speed of between 14 and 16 knots, depending on load on board.   Under these conditions, her fuel consumption is approximately one gallon per hour. 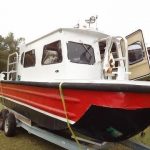 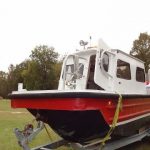 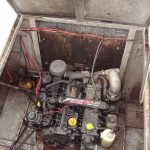 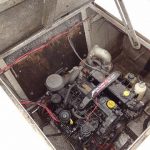 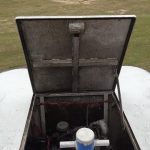 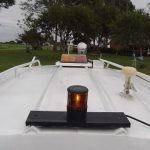 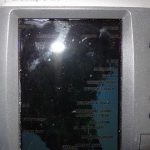 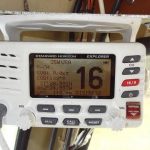 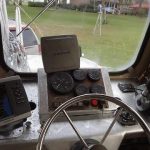 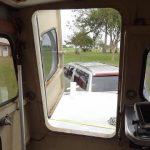 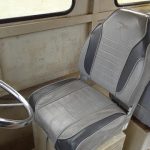 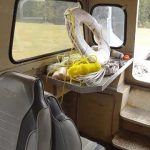 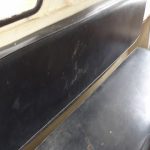 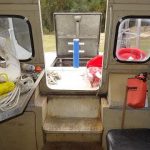 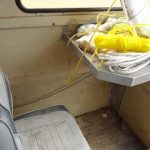 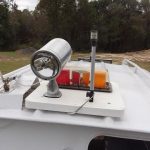 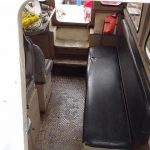 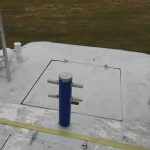 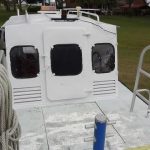 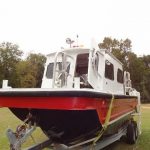 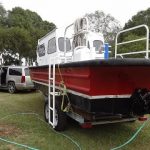 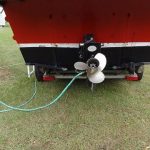 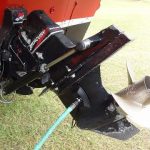 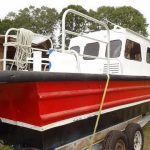 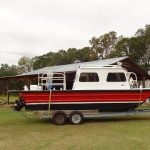 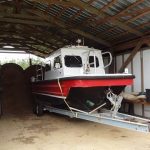